From our recent post about pop culture happenings of 30 years ago, we see that David Letterman started his famous “Top-10 Lists” in 1985.

This year, sadly, the popular late-night talk-show host will be airing his last show in May. And we will regrettably lose our nightly source of off-the-wall lists.

In advance of this final countdown towards that last Late Night with David Letterman show, here are some Top 10 lists about the man, his show and the lists themselves. 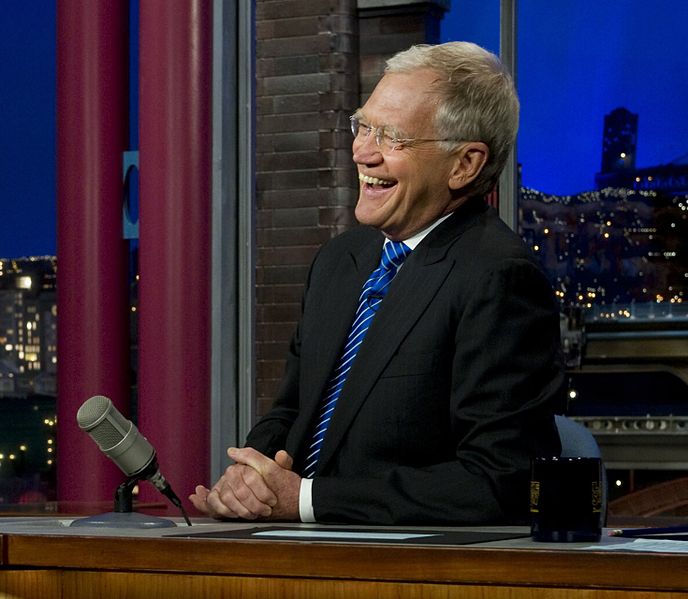 10. He made list-making seem effortless. It is not.
9. Someone has to take care of Paul Shaffer, and it will not be us
8. He is not above taking a selfie with his successor
7. Alan Kalter
6. We got all our news from “Know Your Current Events”
5. That insane extortion scandal that no one seems to remember
4. CBS Mailbag
3. Stupid Pet Tricks
2. Stupid Human Tricks
1. The best grin in late-night

Slate.com has recently compiled its own list of why we will miss Letterman’s zany ability to produce Top 10 lists:

10. Their topicality
9. Their absurdity
8. Their longevity
7. Their irreverence
6. Their silliness
5. Their brevity
4. Their self-deprecation
3. Their surprise
2. Their reliability
1. Regis.

Slate also compiled statistical information about Letterman’s work. Here is what they found of the statistical analysis of every Top Ten List ever read – more than 4,100 lists from September 1985 to September 2014.

Here are the Top 10 politicians mentioned the most in Letterman’s Top Ten Lists.

Finally, if you are a fan of the man, you will love this collection of photos compiled by CBS: Letterman through the Years.

(ed. – Here are the sources for the above lists: National Post and Slate. The photo is from Wikipedia via the Creative Commons, with photo credit attribution: By Chairman of the Joint Chiefs of Staff from Washington D.C, United States (110613-N-TT977-230))